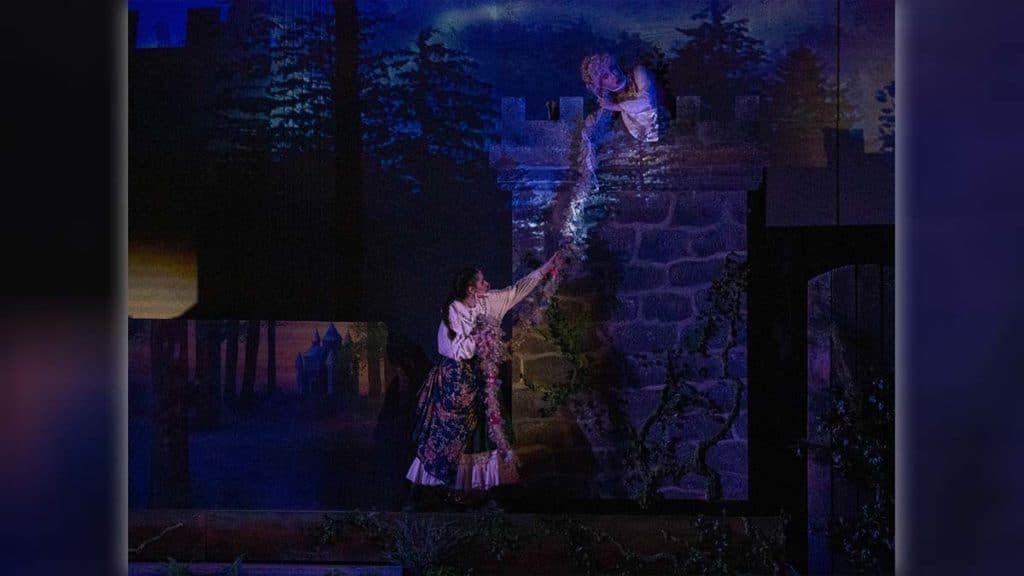 2’s Review: ‘Into the Woods’ brings all your fairy tales to life

Into the Woods is a journey worth taking on the outdoor stage at the downtown Fort Myers Florida Repertory Theatre.

If you’re not familiar with the show, in short, this is beyond the happily ever after of some of the best known fairy tales we were introduced to as children.

This show is powerfully performed by students of the Florida Rep Education’s Winter Conservatory and is magnificently directed by Kody C Jones.

Stephen Sondheim’s epic musical production follows the superb performances of a baker, played by Samuel Pucinand, his wife, played by Talia Tumminello, who wish for a child; Cinderella, played by Rachel Burnes, who wishes to attend the King’s Festival; and Jack, played by Caleb Massari, who wishes his cow would give milk.

All of the wishes are granted by the witch, played commandingly by Sophie Hagan, who brings strong vocals and acting to the stage and is
more than convincing in her role.

While they may get their wish, their disastrous consequences play out on stage and become fabled lessons learned. Also, central to the story, are strong performances by Sophia Gurule, as Little Red Riding Hood, Kylie Campbell, as Rapunzel, and Anna Collins, as Snow White.

The outdoor setting in this case creates the perfect mood for the audience to experience Into the Woods.

The young actors in this show have worked hard to drive home the point that it takes a village to solve problems.

The only thing I might add here is that the show is a bit long. Expect to stay about 2 hours and 15 minutes, but I’m sure you’ll agree it was worth it in the end.

There is still plenty of time to get your tickets and see the amount of raw talent these young actors from Southwest Florida have to offer.

The show runs through April 24. Click here for more information about tickets and show times.

The post 2’s Review: ‘Into the Woods’ brings all your fairy tales to life appeared first on NBC2 News.