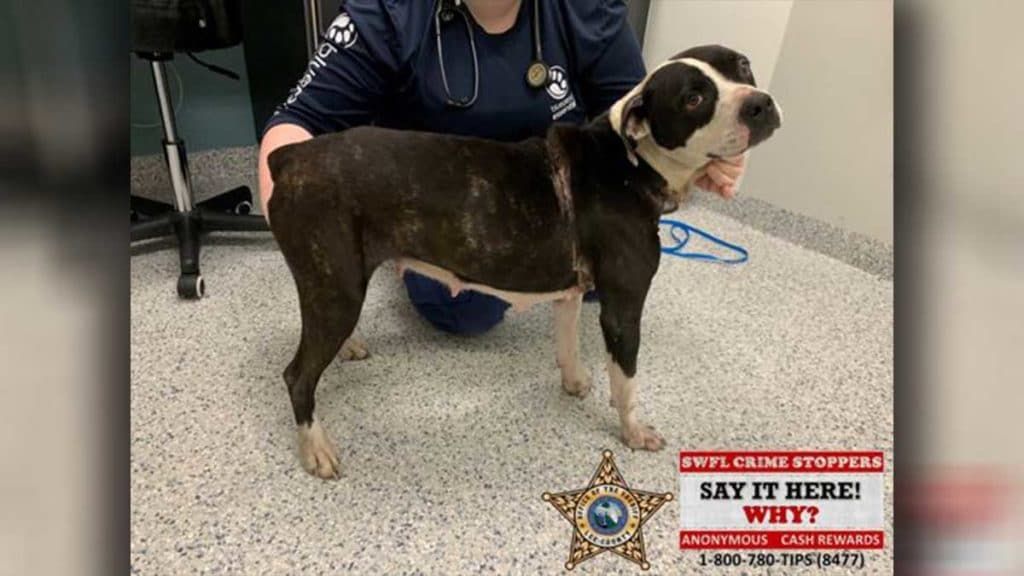 LEHIGH ACRES, Fla. – Southwest Florida Crime Stoppers is asking for the public’s help finding the owner of an abandoned dog that was found with multiple injuries Friday.

The dog was found near Pinehurst Avenue and Pembroke Street in Lehigh Acres on April 16, Crime Stoppers reports. A homeowner reported the pitbull mix to authorities after noticing several deep cuts on the dog’s neck and midsection.

Animal control officers arrived and took the dog to a local vet where she received emergency treatment, officials said.

The female pitbull mix was not microchipped and had no tags.

Investigators were unable to figure out who the dog belongs to and she was taken to Lee County Domestic Animal Services.

SWFL Crime Stoppers is asking anyone with information to contact them at 1-800-780-TIPS.