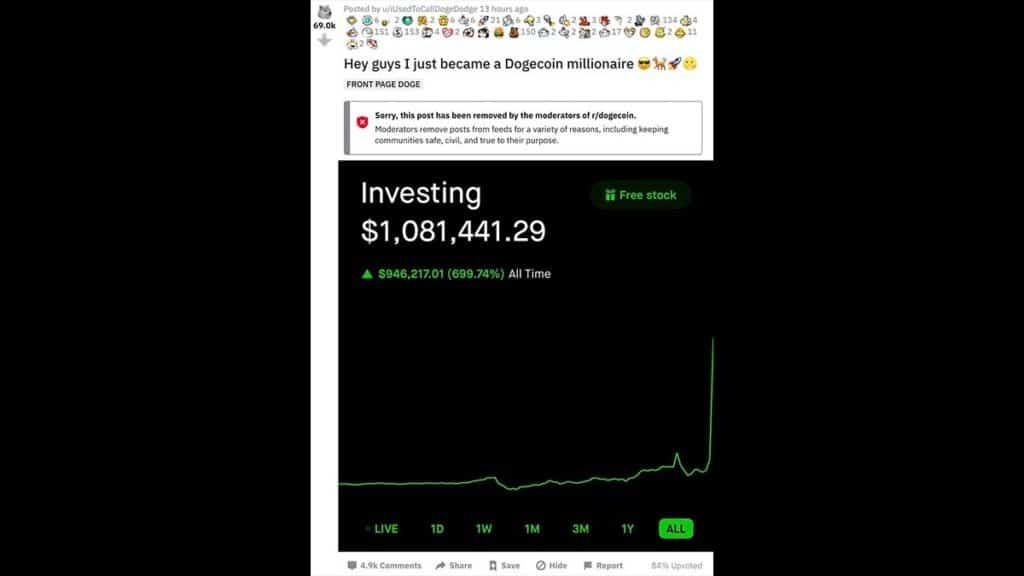 CNBC — Dogecoin was created as a joke. Now it’s a top-10 digital currency worth $34 billion.

The cryptocurrency is based on the “Doge” meme, which became popular back in 2013. The meme portrays a Shibu Inu dog alongside nonsensical phrases in multicolored, Comic Sans-font text.

Created in 2013 by software engineers Billy Markus and Jackson Palmer, Dogecoin was intended to be used as a faster but “fun” alternative to bitcoin.

The project that wass started to poke fun has miraculously turned a profit, worth a staggering $34 billion, according to crypto market data site CoinGecko, adding about $19.9 billion in the last 24 hours.

The digital token reached an all-time high above 28 cents Friday morning, more than doubling in price from a day ago.

‘I just became a Dogecoin millionaire’

This isn’t the first time dogecoin has seen a wild climb. Earlier this year, dogecoin started it’s comeback after enthusiasm from a Reddit group called SatoshiStreetBets.

Similar to the subreddit WallStreetBets, which helped fuel a rally in GameStop shares, SatoshiStreetBets aims to pump up the prices of cryptos.

Dogecoin has been climbing again in the past week, hitting 10 cents a coin for the first time on Wednesday. It’s risen by a whopping 300% in the last seven days.

On Friday, a Reddit user posted a picture of their dogecoin holdings on the Robinhood investing app.