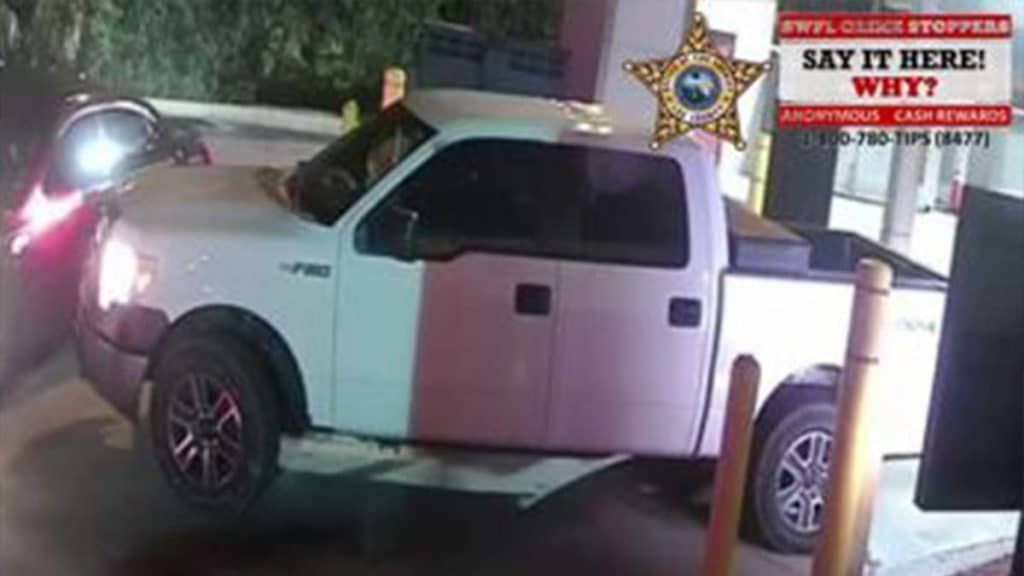 BONITA SPRINGS, Fla. — Do you recognize this battery and burglary suspect?

Investigators said they are looking for a pickup truck driver who hit a man’s car, got out, and punched him in the face in the middle of a McDonald’s drive-thru on April 8. This happened in Bonita Springs off of Oakland Drive.

Southwest Florida Crime Stoppers said both the man who was punched and the suspect were driving in two different lanes of the McDonalds drive-thru. The victim got in front of the suspect’s pickup truck in line.

When the driver in front of the victim moved forward, he didn’t notice, according to Crime Stoppers. That’s when the pickup truck driver drove forward and pinned the victim’s driver’s door, so it couldn’t open.

The victim rolled his window down as the driver got out of his truck. Investigators said the suspect told the victim he ordered first and eventually reached in and punched the victim in the face.

The victim’s friend got out of the car, and the suspect tried to punch them in the face, but missed, Crime stoppers said. The suspect got back in his car and drove away.

Security cameras from the fast food joint on Oakland Drive caught a glimpse of the suspect. He was seen driving a white pickup truck.

If you know who the suspect is or are aware of his whereabouts, submit an anonymous tip to Crime Stoppers at 1-800-780-TIPS (8477) or download the “P3 Tips” mobile app.