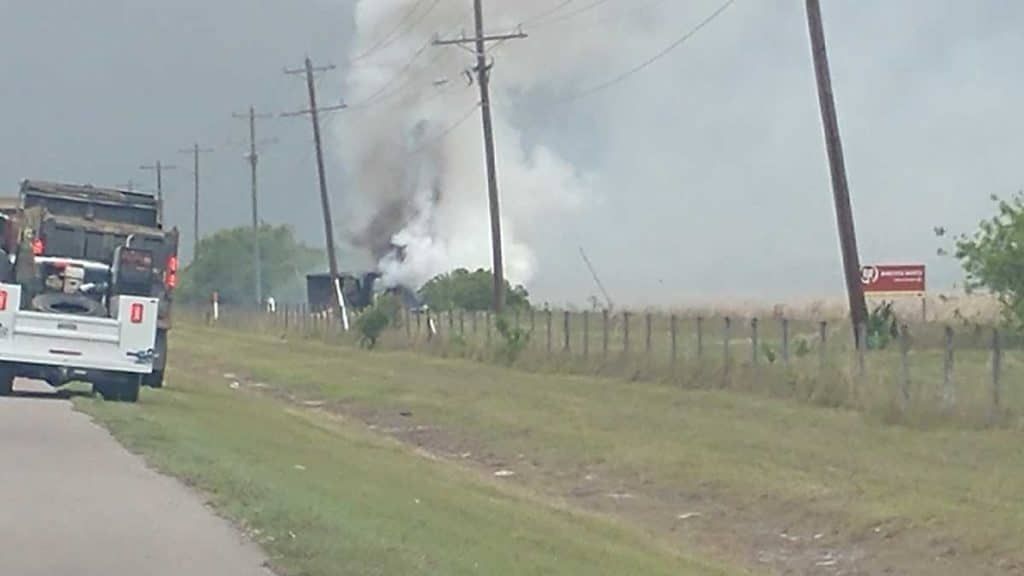 NORTH FORT MYERS, Fla. – A dump truck erupted into flames after running off the road on State Road 31 near Fox Hill Road Monday.

A driver that triggered the crash left the scene, according to the Florida Highway Patrol.

Troopers said a tire fell off a truck towing a flatbed trailer and hit a dump truck causing the 64-year-old driver to veer off the road around 11:40 am.

The dump truck lost a tire of its own, crashed into a barbwire fence, overturned, and burst into flames, investigators said. The driver suffered only minor injuries in the crash and was taken to the hospital.

The two loose tires then crashed into a Sedan driving north on State Road 31, but did not injure the 21-year-old Oviedo driver, FHP said.

Fire crews responded to the crash and quickly extinguished the blaze, according to Bayshore Fire Rescue.

FHP is still investigating the crash. Anyone with information on the incident is asked to contact them or SWFL Crime Stoppers at 1-800-780-TIPS.