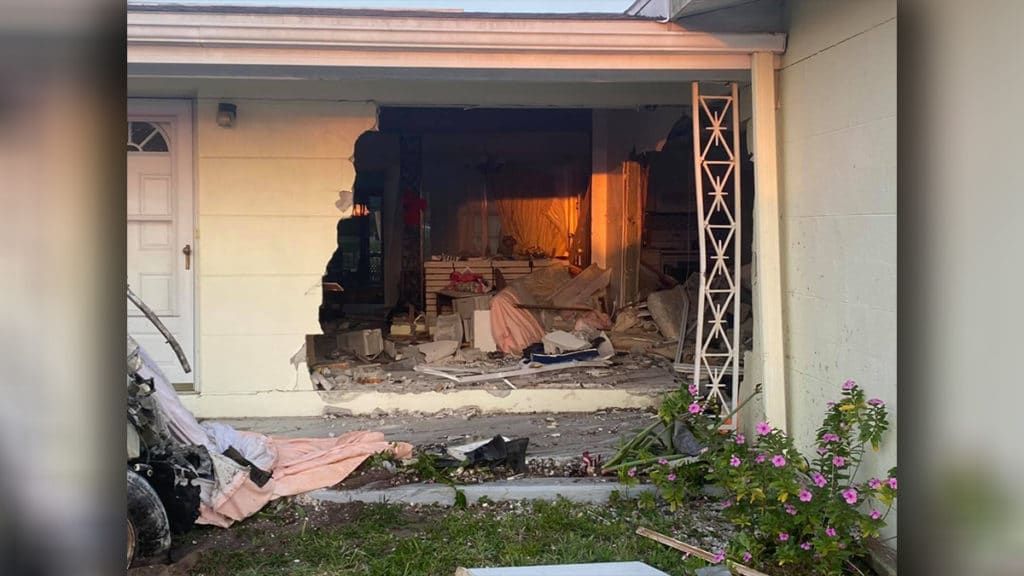 PORT CHARLOTTE, Fla. – An 89-year-old Port Charlotte man was seriously injured after a car crashed through his home Saturday evening.

Around 7 p.m. an SUV driven by a 60-year-old Port Charlotte man ran off the road hitting a parked car and a palm tree along Easy Street before hitting a traffic sign and slamming into the home on Easy Street near Croton Terrace, according to the Florida Highway Patrol.

Rescue crews said the SUV went halfway through the house finally stopping in the kitchen area. The accident caused the refrigerator to fall on the 89-year-old man and pinned him underneath, according to Charlotte County Fire and EMS.

A neighbor who works as a Punta Gorda Firefighter ran over to lift the fridge off the man and administer aid.

The man was taken to a Lee Memorial Hospital by helicopter with a broken ankle, rescue crews said. His wife who was also in the home was uninjured.

FHP is still investigating the crash and no charges have been filed yet.