We’re on track to see another busy weather day featuring off-and-on rain and storms thanks to a stalled front hanging over Southwest Florida.

The front will act to focus numerous areas of showers and storms at times through the day, and the potential is also there for a few strong storms to develop.

The NBC2 First Alert Storm Team has issued a SEVERE WEATHER FIRST ALERT today due to the potential for a few of these stronger storms.

We’ll start off the early-morning hours with generally quiet weather along the coast with most of the action happening deep inland near Lake O and along the Florida east coast. After sunrise, new areas of stormy weather will develop in the gulf and push toward our coast. If you need to get something done outdoors, the earlier the better.

The stormiest part of the day for most of us will be from the late morning into the lunch hour and through the late afternoon. It’s likely not going to rain every hour or minute of the day, so we’ll still have plenty of dry time in between the downpours and storms.
The storms that get stronger have the potential to produce frequent lightning, gusty winds, small hail, and even an isolated tornado.
Expect today to be another warm and humid day with highs in the low to mid-80s, and it’s also going to be pretty breezy with our winds coming in from the south.

On Wednesday, we’ll track some areas of rain and even a few storms early in the day before things start to dry out for the back half of Wednesday.

Thursday will be the nicest day of the week as drier air makes it into Southwest Florida behind the front, allowing morning temperatures to cool into the low to mid-60s. 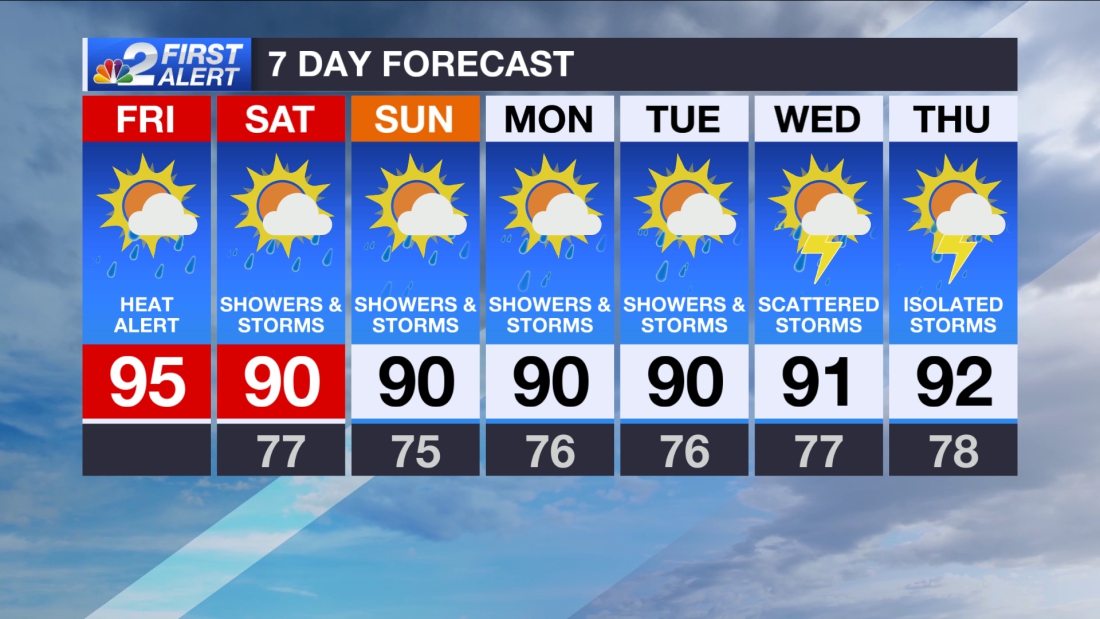