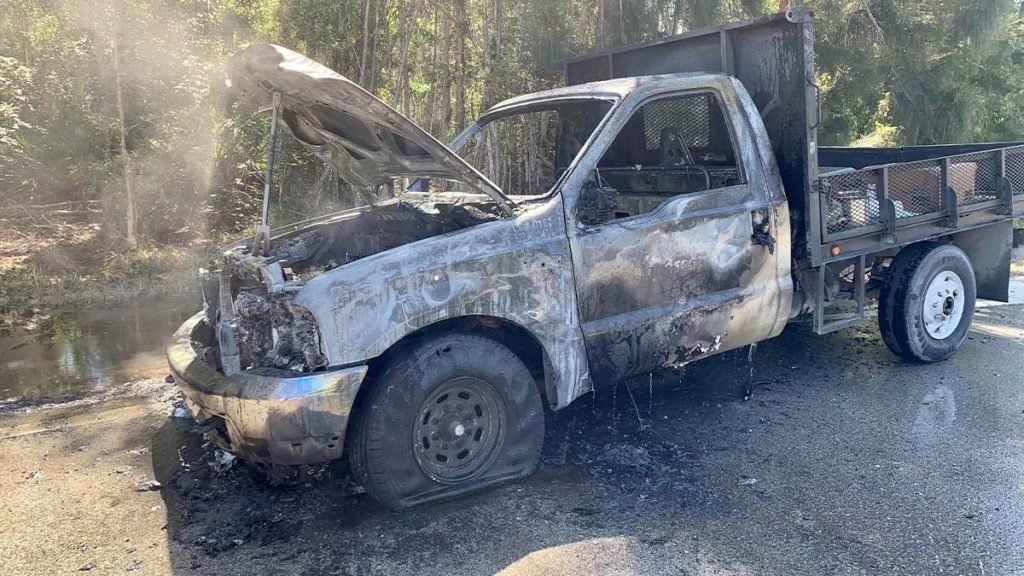 When South Trail firefighters arrived at Metro Parkway near Colonial Boulevard, they found a work truck that was fully involved in flames.

The driver said they pulled over after experiencing some mechanical issues. The truck caught fire while the driver was waiting for a tow truck, a spokesperson with the South Trail Fire Department said.

There were two fire extinguishers in the truck, which the driver used, but the fire continued to spread into the brush, the spokesperson said.

Traffic on northbound Metro Parkway was shut down as crews worked to clear the scene, but it has since reopened.

Firefighters were able to put out the flames and have removed the charred truck from the roadway.